New President of Moldova has removed the EU flag 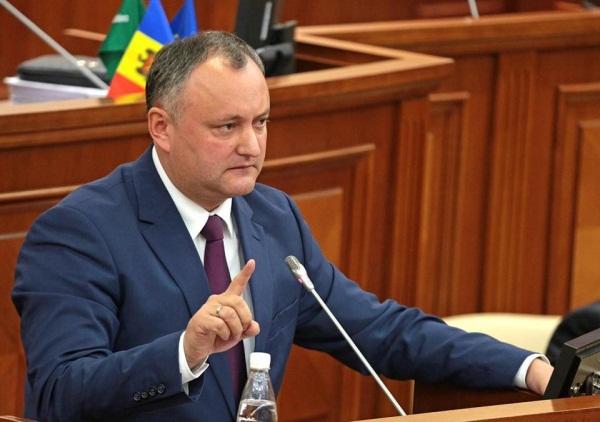 From the residence of the new President of Moldova, Igor Dodon took the flag of the European Union.

Axar.az reports that, After joining Igor Dodon office of the President of Moldova, with the residence of the head of state has removed the flag of the European Union.

This drew the attention of journalists who on Monday morning came at the first briefing of the President, presented the team of his advisers.
If before the left hung the flag of the Republic of Moldova, and on the right the flag of the European Union, but now there was only the Moldovan flag.

In addition, at the weekend changed the website of the President of the RM, which is conducted in three languages. If versions in English and Russian language remained unchanged, the version in Romanian language (RO) has been changed to the version in Moldovan (MD ).

Igor Dodon was elected President on November 13. Its main task on a post of the head of state, he proclaimed the strengthening of the statehood and neutrality, defense of Orthodoxy and the Moldovan identity.