US warships are leaving Middle East 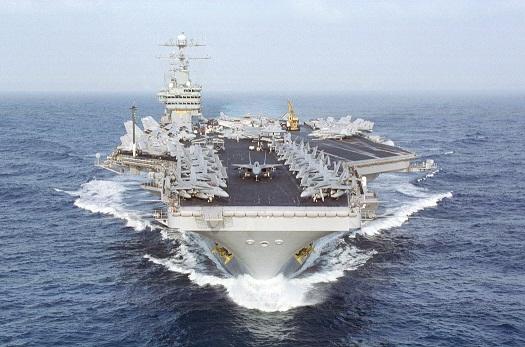 The Dwight D. Eisenhower carrier strike group chopped out of the European theater of operations Dec. 26, headed home to Norfolk after months of operating in the Persian Gulf and the Mediterranean, where the strike jets of Carrier Air Wing 3 flew hundreds of missions against ISIS targets in Syria and Iraq. The homecoming is set for Dec. 30 – two days shy of the Navy’s stated goal of bringing the group home in seven months.

Axar.az reports that, US carrier groups regularly relieve each other in theater, often handing off duties within sight of the other in the Persian Gulf or Arabian Sea. But this time, no carrier is in the Eisenhower’s wake.

The relief ship, the carrier George H. W. Bush, has yet to leave Norfolk – and is unlikely to do so before the Jan. 20 inauguration of the Trump administration, according to a Navy source. The gap could last as long as two months, sources said, between the time the Eisenhower left the combat theater and the Bush arrives.