Assad’s future should be discussed at Syria talks 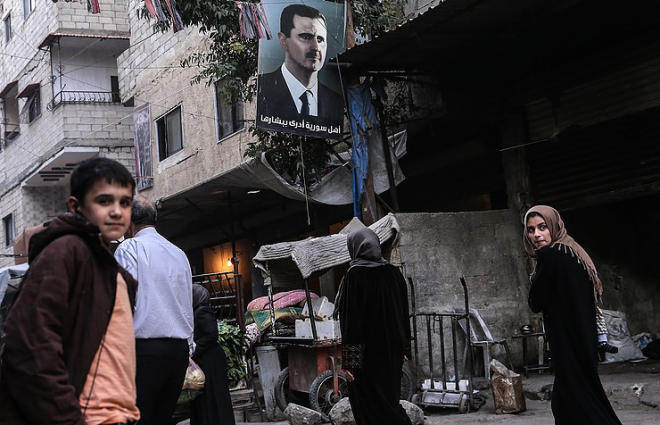 The issue of the political future of Syrian President, Bashar al-Assad, should be a matter of discussion at the talks on Syria in Kazakhstan’s capital Astana, German Foreign Ministry spokesman, Martin Schaefer, said on Monday.

Axar.az reports that, "The issue of Assad’s political future and the role of opposition groups in forming the transitional government should be discussed in Astana," he said.

"From our point of view, it is important to make sure that the initiatives announced by Russia, Iran and Turkey, namely, the intention to bring together representatives of the government and opposition at the negotiating table are implemented under the auspices and in cooperation with the UN," Schaefer stressed. He noted that UN Secretary General’s Special Envoy for Syria, Staffan de Mistura, should remain the key mediator in this process. He admitted that so far the German Foreign Ministry has no idea how the talks in Astana would be later linked to the intra-Syrian consultations earlier held in Geneva.

According to Schaefer, neither Russia nor Turkey are interested in excluding the United Nations from this process. "I think it can hardly be otherwise, as all resolutions on Syria passed at the UN Security Council emphasized the role played by the UN and its special envoy in that process," he said.

Schaefer added that Assad’s participation in Syria’s transition is possible if his presidential powers are reduced substantially, reiterating that Berlin sees no future for Syria with Assad as the head of state.