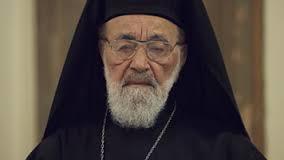 A former Melkite Greek Catholic archbishop of Jerusalem who was convicted of smuggling arms for Palestinian militants has died aged 94.

Axar.az reports that, Monsignor Hilarion Capucci served two years of a 12-year sentence in Israel before the Vatican helped secure his release.

He had a history of activism linked to Middle East conflicts.

Palestinian President Mahmoud Abbas offered his condolences and described him as a great "freedom fighter".

The Vatican confirmed his death on Monday, but did not say exactly when he died or give any more details.

Capucci was born in Syria's second city, Aleppo, in 1922.