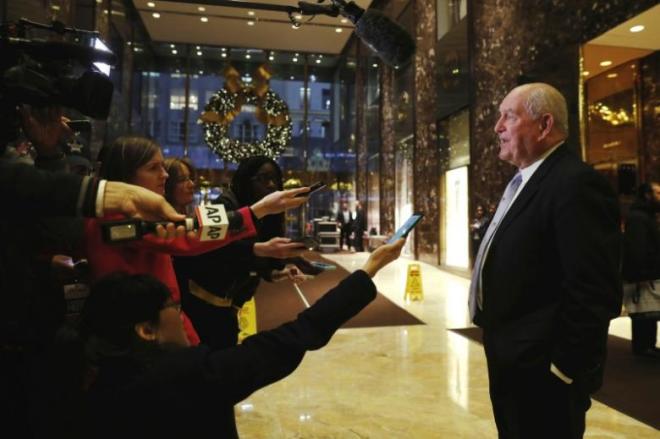 Perdue, a Democrat-turned-Republican who founded a grain and fertilizer business, served on Trump's agricultural advisory committee during his presidential campaign.

The official gave no other details about Trump's choice for agriculture secretary, one of the few remaining posts Trump has to fill as he assumes the White House on Jan. 20.

The appointment must be approved by the Republican-led U.S. Senate.

Perdue, 70, led the southern U.S. state for two terms as governor from 2003 to 2011 after previously representing a rural swath of central Georgia about 100 miles south of Atlanta in the state Senate.

Elected in 2002, he became the state's first Republican since 1871, according to the National Governors Association.

After finishing his second term as governor, Perdue founded Perdue Partners, a global trading firm that consults and provides services for companies looking to export products.

Trump had been meeting with a number of other possible candidates for U.S. agriculture secretary, including Elsa Murano, undersecretary of agriculture for food safety under President George W. Bush, and Chuck Conner, head of the National Council of Farmer Cooperatives.