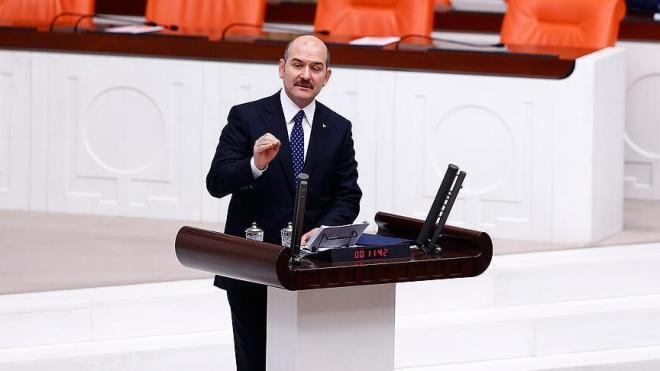 Axar.az reports that, "313 of those [incidents] were planned by PKK, 22 by IS, 4 by radical leftist groups," Suleyman Soylu told a session at the Turkish Parliament to brief the lawmakers on "domestic security."

"247 improvised explosives, 61 bomb vehicles were seized and 23 suicide bomber suspects were caught along with 42 terrorist group members preparing for an attack. In last three months only, 80 significant incidents were prevented."

Regarding the anti-IS operations in 2016, Soylu said that 1,338, including 694 foreigners, were arrested in Turkey for having links to the group.

He added that Turkey would continue its anti-terrorism fight with all groups until they are defeated ultimately.

According to Soylu, 1,108 associations in Turkey were also shut down in 2016 over their links to terrorist groups such as the Fetullah Terrorist Organization (FETO), PKK/KCK, DHKP-C and IS.

As part of the operations on social media in past six months, 1,729 individuals were detained for making propaganda on behalf of terrorist organizations, Soylu added.

Operations over FETO, which is the mastermind behind the failed July 15 coup attempt according to Turkey, as well as some leftist radical groups like the DHKP-C also continue nationwide.