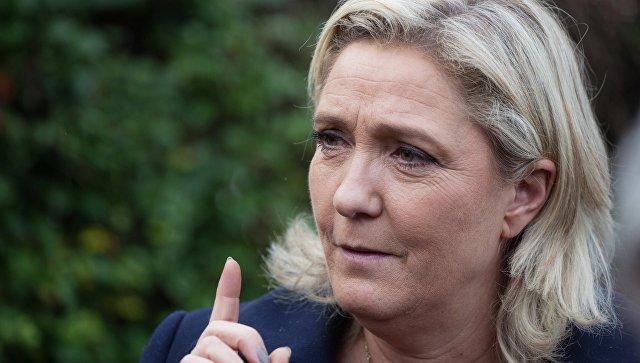 National Front leader Marine Le Pen wants Europe to keep a single currency even if France votes to leave the Eurozone amid calls for an entirely new French currency.The populist leader has not suggested how the dual-currency system would work but by having two forms of money in circulation, France will avoid potential currency fluctuations following the proposed withdrawal from the Eurozone.

Axar.az reports that, one of the key reasons behind the initial introduction of the ECU was to avoid rises and falls in currency values in Europe, and plans to remain part of the eurozone could boost support for Le Pen.

Senior French voters are particularly wary of a speedy withdrawal from the single currency, with protecting their assets a key concern.

Le Pen, who has long pushed for France to leave the crumbling Brussels bloc, claimed “the French want less Europe and more France” as she promised to call an EU Referendum within her first six months should she win the presidential election later this year.

Philippe Murer, Le Pen’s economic adviser, told Politico that a return to the ECU, a basket of currencies of the European Community member states which was replaced by the euro in 1999, is an option being considered by the National Front leader.

He said: “With a return to the ECU, we could retain a trace of the Euro.