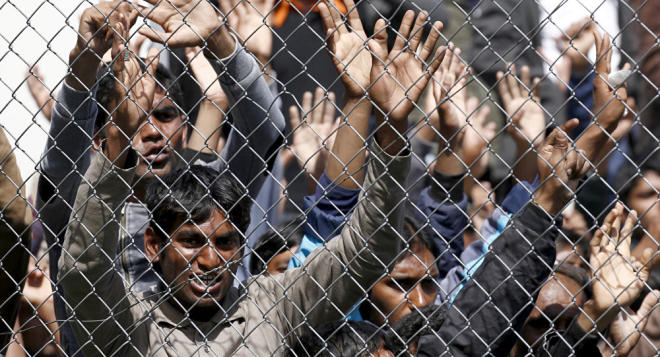 Leading human rights group Amnesty International has accused the EU of "shirking its responsibilities" in the face of one of the world's worst refugee crises, paying "big bucks" to other countries to prevent refugees fleeing warzones from finding refuge in Europe.

Axar.az reports that, Amnesty has already slammed the EU for failing to put the situation of refugees suffering in appalling conditions in Greece higher up their agenda at their meeting, December 15. Amnesty says current EU migrant policy risks migrants "being used as human currency." Amnesty International and other NGOs, including the EU Fundamental Rights Agency have also condemned the lack of action over migrant children, many of whom arrive on European shores without a relative.

​EU leaders only had time for a short consideration of the refugee crisis in Greece, in the context of the controversial EU-Turkey migrant deal, under which "irregular migrants " — those refused asylum — are returned to Turkey. After the meeting, the leaders said, simply, they: "reiterated their commitment to a full implementation of EU-Turkey Statement on migration.