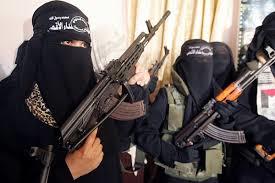 US Department of Defense confirmed that Mahmud al-Isawi, a Syria-based leader of the Daesh was killed in an airstrike.

Axar.az reports that, Mahmud al-Isawi, a Syria-based leader of the Islamic State [Daesh] terror group, was killed by the US-led coalition forces in 2016, the US Department of Defense announced in a press release on Friday.

"A Syrian-based ISIL [Islamic State] leader and facilitator, was struck and killed by a Coalition precision airstrike Dec[ember] 31, 2016, in Raqqa, Syria," the release said. According to the release, Al-Isawi was known to have facilitated trans-regional travel with the emir of Daesh Middle East attack network, Abd al-Basit al-Iraqi, who was killed in an a coalition airstrike on November 2, 2016.

Mahmud al-Isawi was also a long-standing Daesh member who supported the organization's media and intelligence structure in Fallujah before relocating to Raqqa. The Pentagon reaffirmed in the release its commitment to tracking and eliminating Daesh terrorists wherever they are hiding.