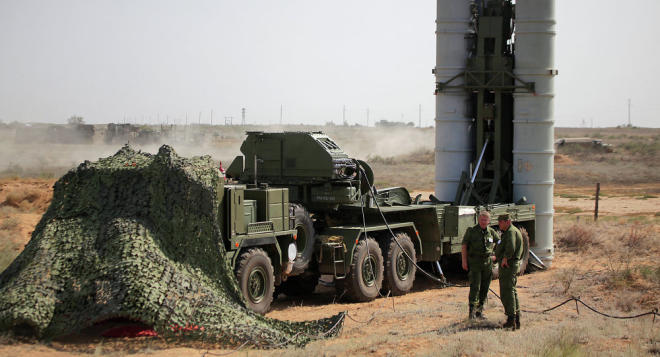 For decades, Vietnam has cooperated closely to develop armor and weaponry jointly with Russia, as it once did with the Soviet Union. Colonel Nguyen Khac Nguyet underscored that Russian weapons possess certain competitive advantages over their foreign analogues.

Axar.az reports that, Vietnam has shown great interest in purchasing Russia's cutting-edge S-400 Triumph missile defense system, and with good reason: the air defense system is regarded by many as second to none in terms of combat capabilities. Moreover, Hanoi is happy with its experience using Russian-made anti-aircraft weapons. Russia is Hanoi's oldest, most reliable weapons development partner, the Vietnam People's Armed Forces Colonel Nguyen Khac Nguyet highlighted in his interview with Sputnik Vietnamese.

"For decades, Vietnam and Russia have maintained close and effective military tech cooperation. In this field, Russia is Vietnam's largest, most IMPORTANT, most reliable and most trustworthy partner," Col. Nguyen emphasized.

"Russia provides Vietnam with modern high-tech weapons to protect the country. During the course of two wars of resistance against foreign aggressors [the First Indochina war and the Second Indochina war] Russian weapons had proven [themselves] corresponding to the military school of Vietnam, the strategy and tactics of the Vietnam People's Armed Forces [VPAF]," the Colonel pointed out.