Modi in a spin as he replaces Gandhi 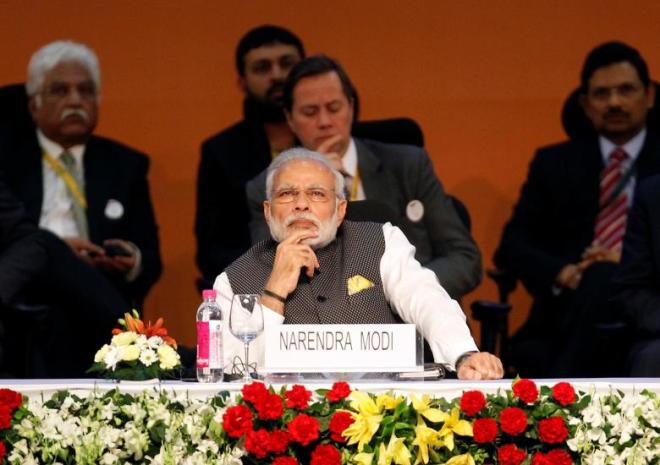 The image of the bespectacled Gandhi, wearing a loincloth and sitting cross-legged at a spinning wheel, is one of India's most iconic and has long been used to promote the khadi, or homespun cotton, industry.

The government-run Khadi Village Industries Commission (KVIC) defended its decision to use a photo of Modi, sitting in an almost identical pose while spinning cotton, on the cover of its 2017 calendar and diary.

Saxena said figures other than Gandhi had been used as the faces of the calendar before, and that Modi deserved the honor because he had helped boost cotton sales.

Opposition leaders were quick to ridicule the image.

"Becoming Gandhi requires years of self-sacrifice," Arvind Kejriwal, the chief minister of Delhi and a political opponent of Modi, tweeted in Hindi.

"You cannot become Gandhi by acting as if you can spin the charkha (spinning wheel) - this will only make you a laughing stock."

Modi, who stormed to power in 2014 in the biggest election victory in 30 years, has long played up his humble roots as the son of a railway station tea seller.

But he has also been accused of self-aggrandizement and being out of touch - he auctioned a controversial tailored suit in 2015 that bore his name in gold pinstripes.

Modi's Bharatiya Janata Party said the row over the calendar had been overblown. His minister of micro, small and medium enterprises, Kalraj Mishra, said there was no question of Modi or anyone else replacing Gandhi.