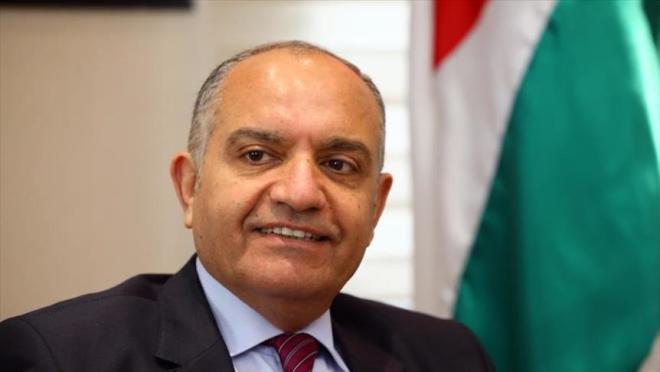 Jordan’s ambassador to Ankara hailed his country's 70-year relationship with the Turkish Republic, describing it as "a distinguished and solid model in state relations," in light of the mutual cooperation between the two countries in numerous areas, most notably in the economy and politics.

In an exclusive interview with Anadolu Agency, Jordanian Ambassador Amjad Al-Adaileh also praised what he called the “shining” Turkish model in receiving millions of Syrian refugees and called on the international community to meet its obligations in supporting Turkey and Jordan, which also hosts some 1.4 million refugees.The interview marked the 70th anniversary of diplomatic ties between the Republic of Turkey and the Hashemite Kingdom of Jordan, which date back to 1947.

"Jordanian-Turkish relations over the past 70 years have been a model for well-established, deep, and strong relations," al-Adaileh said.

"Relations between the two countries were established on foundations of trust and mutual respect, as they also evolved due to the wise Hashemite [Jordanian] and Turkish leadership since the founder of modern Turkey, the late president Mustafa Kemal Ataturk," he added.

The Jordanian ambassador added, "The kingdom's founder, King Abdullah Bin Al Hussein, visited Turkey in 1937 and held a historic meeting with the founder of the Turkish Republic, Ataturk."

He said his country’s first diplomatic representation in Ankara opened on Jan.15, 1947, before being upgraded to the ambassadorial level in 1955.