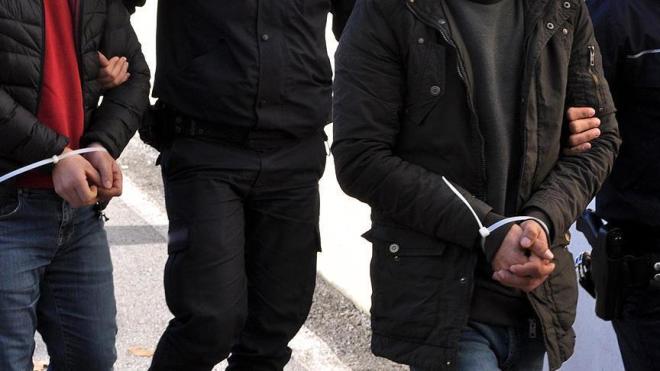 Nine Turkish army colonels were detained Sunday in the Turkish Cypriot capital Lefkosa as part of ongoing operations against the Fetullah Terrorist Organization (FETO), according to military sources.

Axar.az reports that, the colonels were then deported by two military helicopters to Turkey's capital Ankara, Turkish military officials, who asked not to be named due to restrictions on speaking to the media, told Anadolu Agency.

According to Turkey’s government, FETO and its U.S.-based leader Fetullah Gulen orchestrated the defeated coup of July 2016 which left at least 248 people martyred and nearly 2,200 injured.

In the wake of the putsch attempt, tens of thousands of FETO suspects have been arrested, including many in the armed forces, police, judicial system, and education sector.

Thousands of Turkish troops are stationed in the Turkish Republic of Northern Cyprus under Turkey’s status as a guarantor for the island. They were deployed to protect Turkish Cypriots in the wake of a 1974 Greek military coup.