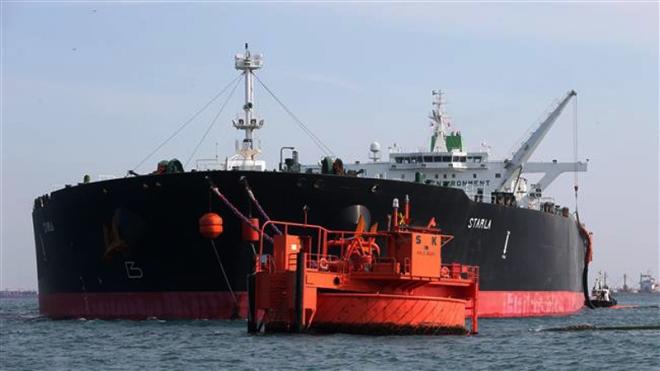 An Iranian oil tanker has called at a European port for the first time since the lifting of sanctions last January, managing director of the National Iranian Tankers Company (NITC) says.

More NITC tankers are heading to other European ports, he said, adding two vessels are currently en route to the Netherlands.

NITC is the biggest tanker company in the Middle East and one of the biggest in the world with a capacity of 15.5 million tonnes per year.

Managing Director of Iran’s Port and Maritime Organization Mohammad Saeednejad said on Wednesday that the lifting of sanctions has allowed Iranian ships to fully resume their voyage to Asian, European and American ports.

Since October, Iranian VLCCs have reportedly completed 32 voyages, equating to the delivery of around 70 million barrels. China accounted for 13 voyages and India for 12 others.

As many as 17 international shipping lines have resumed their calls at Iranian ports which were deserted by and large during the sanctions, Saeednejad said.

The Iranian VLCC fleet, which had been kicking its heels

off-market as floating storage, has started to reappear on international trading routes. Since October, more than 20 VLCCs operated by the National Iranian Tanker Company have returned to the market compared with just 13 in October.