3 steps for revive relations with Turkey 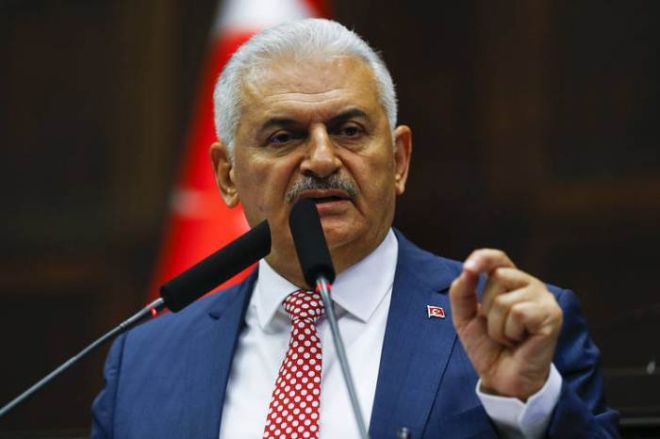 Prime Minister Binali Yıldırım said that the U.S. President-elect Trump needs to take three concrete steps to revive relations with Turkey, including the extradition of Gülenist Terror Group (FETÖ) leader Fetullah Gülen, ending support to PYD/YPG, and fix its broken image in the eyes of the Turkish public, reports said on Thursday.

Axar.az reports that, Yıldırım spoke to reporters late Wednesday at the Grand National Assembly of Turkey and highlighted that Turkey believes the new Trump administration will fix Turkey-U.S. relations, which had been damaged during the Obama administration.

He noted that the U.S. cannot destroy Daesh terrorists by using another terrorist organization, and urged the NATO ally to stop cooperating with the wrong partners.

Thirdly, Trump needs to fix the U.S. image in Turkey, which was especially damaged following the failed coup attempt on July 15.