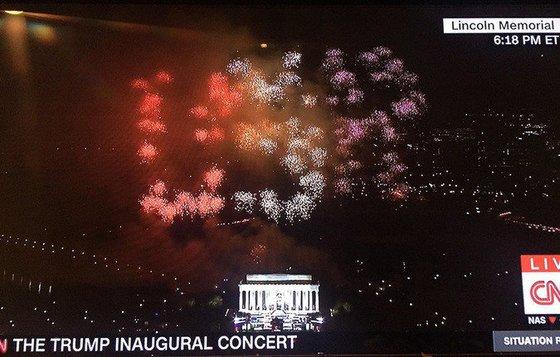 A spectacular fireworks display on inauguration eve proved to be a real blast online, as the pyrotechnics left viewers open-mouthed when they spelled “USR” instead of “USA.”

Axar.az reports that, in his final night before becoming president, Donald Trump held a pre-inaugural concert in Washington DC. The show culminated in a traditional fireworks display, with the skies over the Lincoln Memorial in the US capital adorned with the American flag and three huge letters. Yet, what was supposed to burst into the sky as “USA” looked a whole lot more like “USR,” as Twitter users were quick to point out. Don’t believe us? Check it out for yourselves – the web is overflowing with screenshots and pictures of the fireworks fail – flavored with some juicy jokes as well.