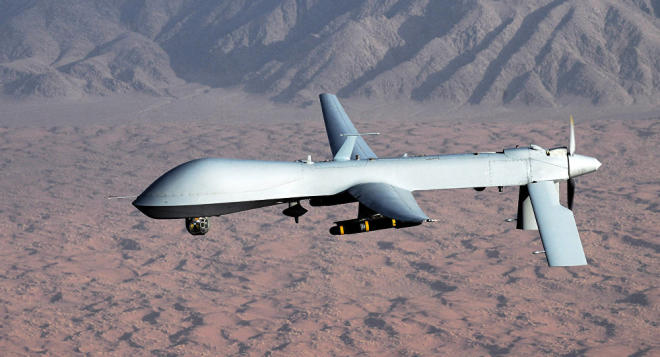 Four fighters of the IS terrorist group were killed by foreign drones in eastern Afghanistan, according to governor spokesman Attaullah Khogyani.

Axar.az reports that, at least four militants affiliated with the Islamic State (ISIL or Daesh) jihadist group were killed in drone strikes carried out by the foreign forces in eastern Afghanistan, provincial governor spokesman Attaullah Khogyani said on Friday, as cited by local media.

The drone strikes were conducted in Bandr Khor area of Nangarhar province, on the eastern border with Pakistan, according to the spokesman, the TOLOnews outlet reported. No casualties to civilians were caused by the airstrikes.

Afghanistan is suffering from the activity of Taliban, a militant group formed in the 1990s, seeking to establish a strict Sharia law in Afghanistan and Pakistan.
The crisis in the country prompted the emergence of local cells of other extremist organizations such as the IS terrorist group, outlawed in Russia and Afghanistan.