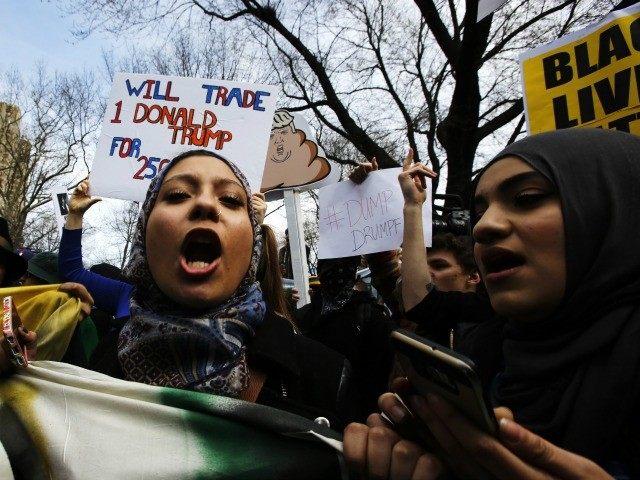 Angry Palestinians used Donald Trump’s inauguration day for more protests against his idea of moving the US embassy in Israel from Tel Aviv to Jerusalem.

Axar.az reports that, they turned out in a West Bank settlement that borders Jerusalem and warned that would undermine peace and stability in the Middle East.

Trump’s spokesman said on Thursday there will be an announcement on the issue.

Munther Amirah, the Palestinian activist who organised Friday’s protest, had this message for Trump: “We want peace. But, if you bring the American embassy to Jerusalem we will have no peace here. If you will support the colonisation here, the settlements, there will be no peace. Our Palestinian people are fighting for peace, they are fighting for their own rights, justice. We have to end the apartheid in Palestine.”

Arab East Jerusalem was annexed after being captured in the 1967 Middle East War and is not recognise as Israel’s capital by the US or other countries.

Trump has accused the Obama administration of not being friendly enough to Israel. Obama has been highly critical of Israeli settlement construction in the occupied West Bank and East Jerusalem. Most countries view all Israeli settlements on occupied land that the Palestinians seek for their own state as illegal.

If Trump follows through on his pledge to move the embassy it would find favour with many Jews, but cause much anger throughout the Islamic world.