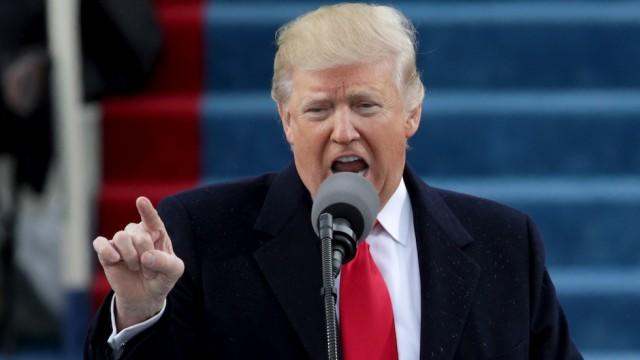 President Donald Trump on Friday revealed his plan to create 25 million new jobs in the next decade and return the American economy to 4 percent annual growth, according to a White House statement.

Axar.az reports that, the plan seeks to lower rates for every tax bracket, simplify the tax code, reduce corporate taxes and repeal regulations.

Trump promised in his campaign to reduce the number of tax brackets from seven to three, and cut the corporate tax rate to 35 percent from 15 percent.

The plan also aims to renegotiate trade deals with other countries that "engage in illegal or unfair trade practicies that hurt American workers," the statement said.

Trump has threatened to withdraw the U.S. from the the North American Free Trade Agreement with Mexico and Canada, and the Trans Pacific Partnership, another multinational trade deal.