4 more rescued from in Italy avalanche 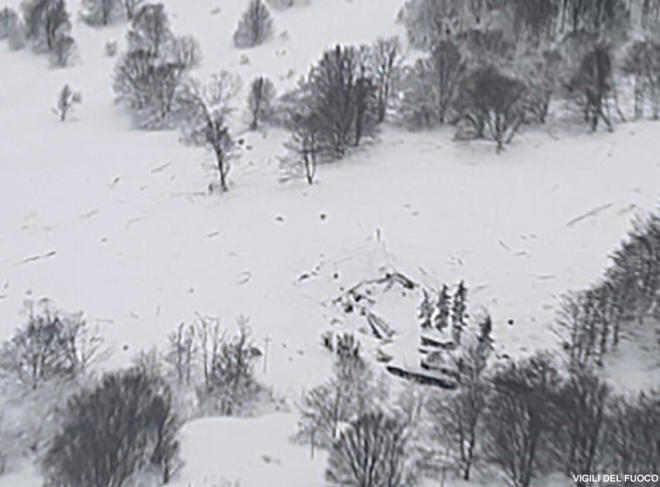 Four more people were rescued overnight from a hotel in Italy destroyed by an avalanche three days ago.
The rescue means that nine people have been recovered alive from the Rigopiano hotel in the eastern Abruzzo region.
Axar.az reports that, at least 15 people are still missing after the avalanche that came after several earthquakes and heavy snowfall.

While one more survivor has yet to be rescued, Italian media said other voices may have been heard in the ruins during the night.
Four bodies have been found so far.
The first five survivors were taken to safety on Friday, some 40 hours after the avalanche hit on Wednesday.
They had reportedly taken refuge beneath a collapsed portion of ceiling, where they were able to light a fire to keep warm for two days.
The rescue has been hampered by deep snow blocking an access road.
There are also concerns that further avalanches could follow, Italian newspaper La Stampa reported.