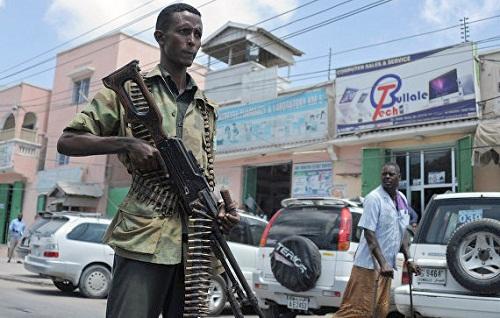 At least 13 people were killed on Wednesday in Somalia's capital Mogadishu when al Shabaab militants rammed a car bomb into the gate of a hotel and stormed inside, police said.

"At least 13 people, including forces and civilians, died in two blasts at the hotel. A dozen others were injured," Major Mohamed Ahmed, a police officer, told Reuters, adding that the death toll could rise.