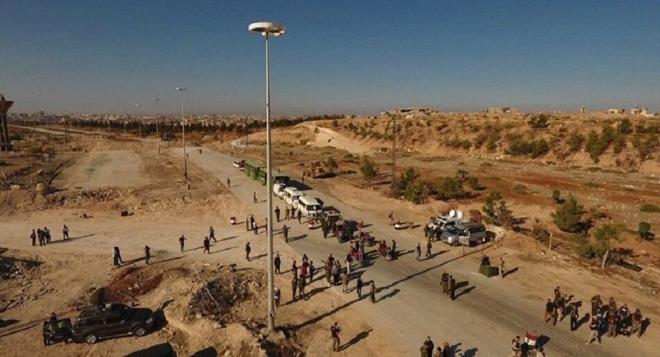 A total of four Syrian rebel factions have joined ranks with Ahrar al-Sham militant group, according to a statement issued by armed groups and obtained by Sputnik on Thursday.

"As a confirmation of our commitment to the goals of the revolution and to protecting our people, and out of our pledge to adhere to what our legitimate and revolutionary obligation dictates, the following factions – Suqour al-Sham Brigade, Jaysh al-Islam (Idlib sector), Army of Mujahideen (Istakim faction), Aljabha al Shamaliyya (north front, Aleppo western rural sector) – declare joining the ranks of Islamic Ahrar al Sham movement," the statement read.

It comes as earlier this week media reported that Jabhat Fath Al-Sham terrorists launched an offensive against several groups of the Free Syrian Army that participated in the intra-Syrian talks in Astana on January 23-24.

Ahrar al-Sham is one of the largest Syrian armed opposition groups that until 2014 sided with Daesh, a terrorist group outlawed in Russia and many other countries. In December 2016, Ahrar Al Sham became one of the opposition groups that agreed to join the Syrian nationwide ceasefire between the government and opposition factions. The group decided not to participate in the Astana talks but supported the negotiations.

Jabhat Fatah Al-Sham, formerly known as the Nusra Front, has been fighting in Syria against government forces since the outbreak of a civil war in the country in 2011. The group is banned in Russia and many other countries.