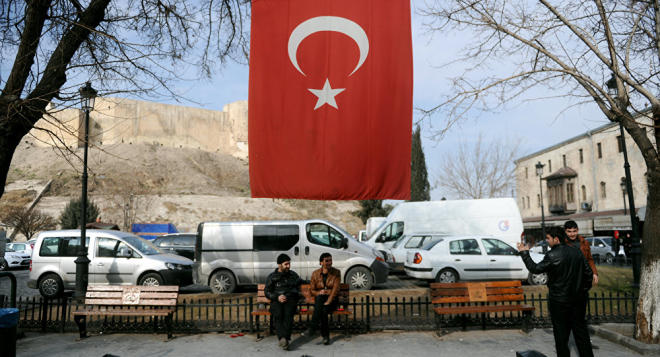 The Turkish Foreign Ministry on Thursday lodged an objection against the ruling of the Greek Supreme Court against the extradition of eight Turkish soldiers that fled their home country after the failed military coup in July 2016.

Axar.az reports that, earlier in the day, the Greek Supreme Court decided that the soldiers cannot expect a fair trial in Turkey while their lives would be in danger if they returned to the country. The soldiers were released from custody with permission to travel freely within the Greek borders.

"We protest this judgement which prevents these individuals who actively participated in the coup attempt which targeted the democratic order in Turkey, killed 248 members of our security forces and civilians, wounded 2193 of our citizens and attempted against the life of our President, to be brought before the independent Turkish judiciary," a statement published on the ministry's website said.

The court’s decision showed that "Greece, an ally and a neighboring country, refrains from fulfilling the minimum requirements of combating terrorism and crime," the statement added, explaining that the ruling left the perpetrators without punishment and violated the norms and principles of international law, as well as the rights of the victims.
A military coup attempt took place in Turkey in the night from July 15 to 16, 2016. It was suppressed by the government forces the following day, with the main fight taking place in Ankara and Istanbul.