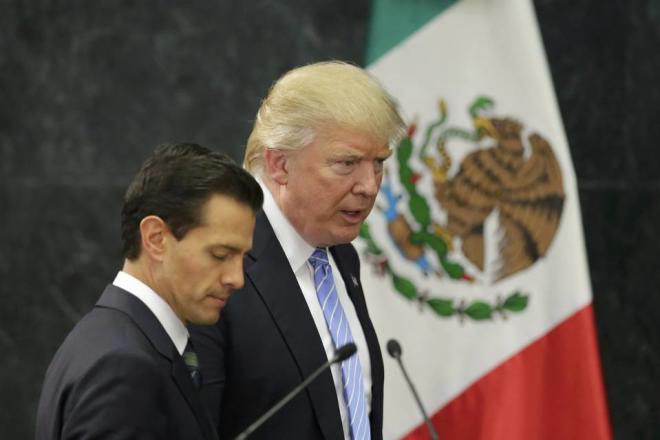 Donald Trump has hit out at Mexico after its president announced he had cancelled next week's trip to the US.

Axar.az reports that, the US president said meeting Enrique Pena Nieto would be "fruitless" if Mexico didn't treat the US "with respect" and pay for a new border wall.
The diplomatic spat comes a day after Mr Trump unveiled his plan to build a barrier along the Mexico-US border.
Senate Republicans said the US Congress would move ahead with the plan, and it would cost $12bn (£9.5bn) to $15bn.

Mr Trump told Republican lawmakers in Philadelphia that the two leaders had mutually agreed to cancel the summit, adding, "the American people will not pay for the wall."
"Unless Mexico is going to treat the United States fairly, with respect, such a meeting would be fruitless, and I want to go a different route, we have no choice."