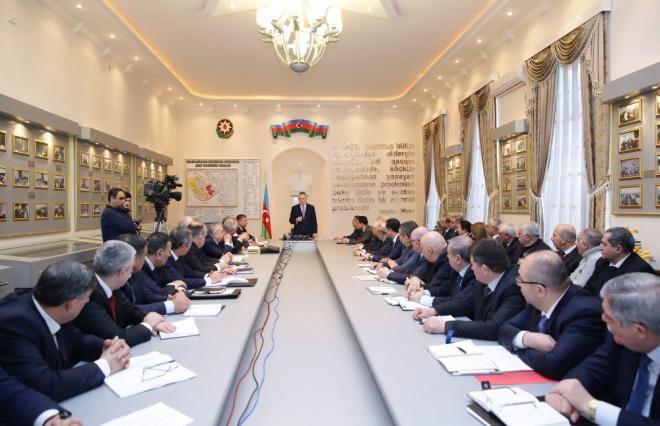 President of Azerbaijan Ilham Aliyev’s order on measures to restore the Jojug Marjanli village of the Jabrayil district is a historical step, historical decision. This is the beginning of big events, Deputy Prime Minister Ali Ahmadov said.

According to him, the order is one of the steps taken by Azerbaijan for settlement of the Nagorno Karabakh conflict: “Azerbaijani state and government once again demonstrated its determination to liberate occupied territories. By restoring our liberated lands, we deliver message of high spirit of the society to whole world, international organizations created for settlement of the Nagorno Karabakh conflict and Armenian side. The position of our society is that Azerbaijan will liberate its occupied lands by any means. Our internally displaced people will to return to their homes. Thus, the territorial integrity of Azerbaijan will be restored and a great historical injustice will be corrected.”

Ahmadov noted that the government will carry out work in Jojug Marjanli. “However, I think as our occupied lands are liberated from occupation, international organizations will provide support and allocate grants to the restoration of those lands. However, this is the work of the future”, he added.

Azerbaijan’s President Ilham Aliyev has signed an order on measures to restore the Jojug Marjanli village of the Jabrayil District, liberated from the Armenian occupation.
AZN 4 million was allocated from the Presidential Reserve Fund for 2017 for construction of 50 houses, a school building and the relevant infrastructure at the first stage, according to the order.