Yanukovych may arrive in Ukraine for testifing 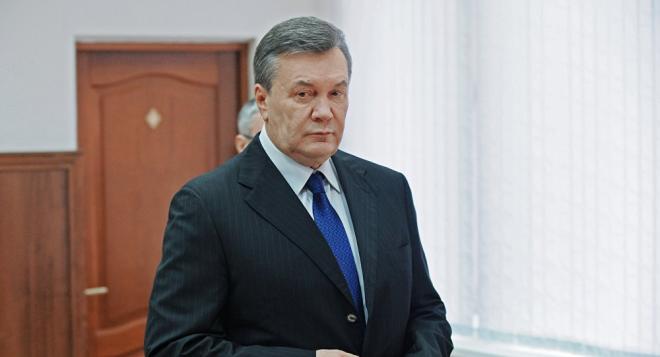 Netherlands to send Russia new request to specify radar data on Former Ukrainian President Victor Yanukovych will be able to arrive in Ukraine and to give testimony, in case his security is guaranteed and an investigation of the 2014 assassination attempt on him is launched, according to ex-president's lawyer Vitaliy Serdyuk.

Axar.az reports that, Former Ukrainian President Victor Yanukovych may arrive in Ukraine to testify on multiple charges against him, including on treason, in case his security is guaranteed and an investigation of the 2014 assassination attempt on him is launched, ex-president's lawyer Vitaliy Serdyuk said Monday.

"In case of security guarantees and an investigation amid the existing criminal case on the assassination attempt, he will, of course, be able to arrive in Ukraine and to give testimony. So far he remains the most unwelcome witness for the Prosecutor General's office and the current government," Serdyuk told reporters.

The lawyer stressed that Yanukovych should be granted a victim status in the case of the assassination attempt, adding that the Prosecutor's office had been refusing to provide such a status for a year, while the investigation was not launched.

In late November 2016, Yanukovych, who is currently residing in Russia, testified in the case on the 2014 Maidan uprising via a video linkup with Kiev. During the hearing, it was announced that Yanukovych was suspected of treason.
Yanukovych was ousted in February 2014 after mass protests erupted at Kiev's Maidan square that led to deaths of many protesters, security officers and ordinary citizens. New Ukrainian authorities put the blame on Yanukovych.