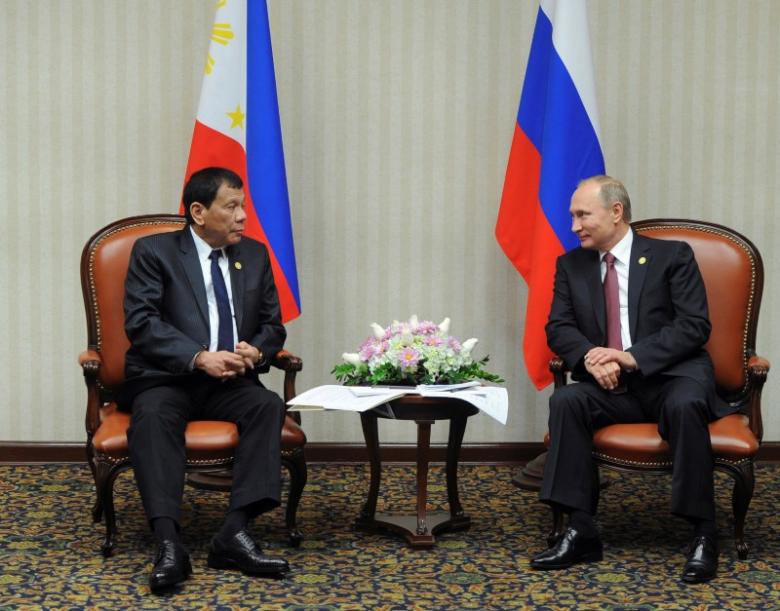 Russia's top security official on Thursday offered the Philippines access to an intelligence database to help it fight crime and militancy, and training for the elite forces assigned to protect President Rodrigo Duterte.

Nikolai Patrushev, the secretary of Russia's Security Council and Vladimir Putin's top security adviser, made the offer during a meeting between Russian and Philippine security officials in Davao, where he was visiting Duterte at his home city.

Defense Secretary Delfin Lorenzana said the Russia had invited the Philippines to join a database-sharing system to help combat trans-national crime and terrorism, which he said could help track Islamist militants and their financial transactions.

In an interview with Reuters last week, Lorenzana said there were "very strong" links between Islamic State and militants in the Philippines.

Patrushev's trip underlines Russia's intent to capitalize on a radical recalibration of foreign policy under Duterte, who harbors resentment of the Philippines' deep-rooted ties to the United States.

Duterte has made strong overtures towards China and Russia.

He praised Putin's leadership when he met him at an international summit late last year. He also he talked at length to Putin about what he called U.S. "hypocrisy".

The two countries were working on a military technical cooperation agreement, he said, and Russia offered to provide enhanced training for troops protecting Duterte.

Meeting Israel's Netanyahu, Trump backs away from commitment to Palestinian state
"We are keen on signing a defense cooperation agreement," Lorenzana said of that trip.

Lorenzana said last week Russia was interested in selling military equipment to the Philippines, like drones, helicopters, rifles and submarines.