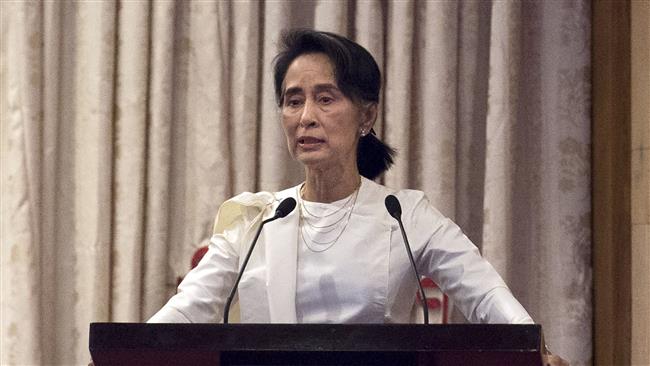 Myanmar's State Counselor Aung San Suu Kyi has described the daylight assassination of her adviser U Ko Ni, a prominent Muslim lawyer and critic of Myanmar's powerful military, a "great loss" for the country's struggle for democracy.

Axar.az reports that, Suu Kyi was speaking at a memorial service organized by her ruling National League for Democracy (NLD) party in Yangon on Sunday.

Ko Ni, a prominent critic of the military's continued political influence, was shot dead on January 29 outside Yangon. A taxi driver was also killed attempting to stop the gunman.

Authorities say the gunman was hired by a former military officer who is now on the run.

"Losing U Ko Ni is a great loss for our NLD. He worked together with us for many years through his beliefs," Suu Kyi said.

Ko Ni was opposed to the military’s control of key security ministries and guaranteed seats in parliament. He had also denounced the increasing Islamophobia that has swept through the country in recent years.

At the Sunday memorial, Suu Kyi did appeal for patience, arguing that her government had only been in power for 10 months after decades of junta rule.