Rick Perry as next Energy Secretary 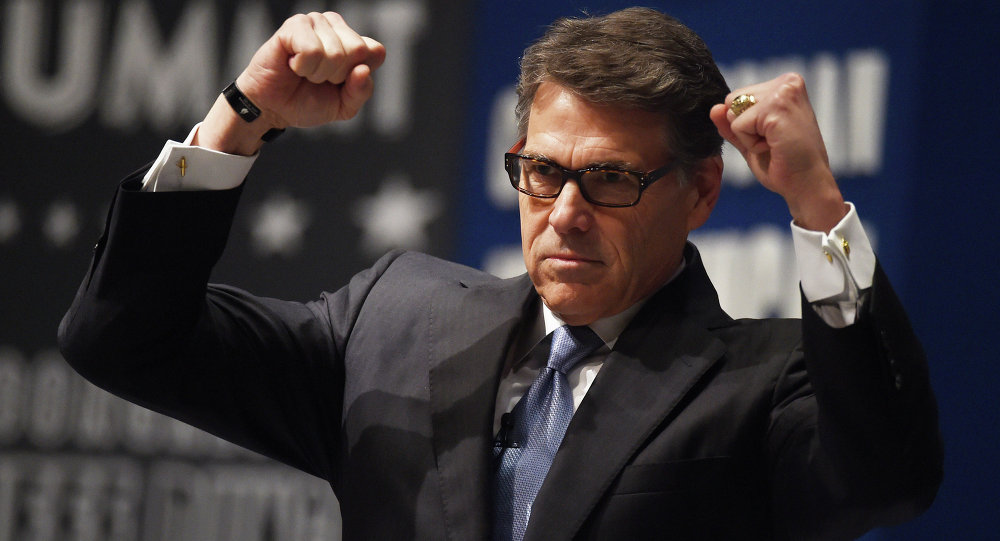 The US Senate has confirmed former Texas Governor Rick Perry as US secretary of energy on Thursday.

Axar.az reports that, the Senate voted 62 to 37 in favor of Perry's confirmation.

US President Donald Trump previously said that Perry would help the administration take advantage of natural resource deposits throughout the United States in order to make the country energy independent and create more wealth.
Trump officially picked Perry for the post in December. As a nominee the ex-governor said he was looking forward to developing an energy policy that creates jobs and puts America first.

In 2015, Perry took part in the 2016 presidential race, but pulled out his candidacy from the run, as he failed to gain traction among voters.