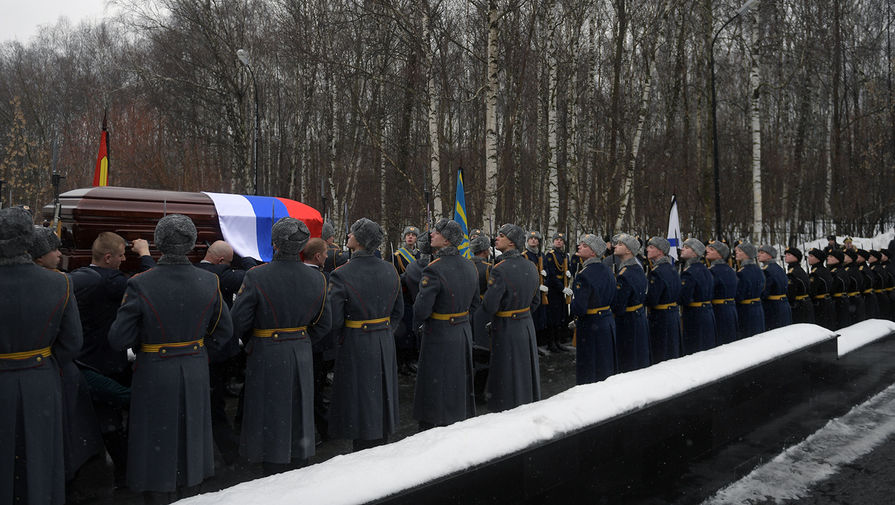 Russia's Defense Ministry is purchasing 49,000 state banners of the Russian Federation worth RUB 25 million (about UAH 12 million) to decorate coffins for the military.

In 2017, the agency plans to spend up to RUB 6.3 billion (about UAH 3 billion) for funeral services: setting up ceremonies, setting tombstones and monuments

According to a source at one of the law enforcement agencies, not only military, but also a number of other categories of citizens, when they pass, are buried with military honors.

Notably, the Ministry of Defense of the Russian Federation had reduced the estimated cost of the funeral of top public officials: presidents, prime ministers, and ministers. Meanwhile, in 2016, the RBC edition wrote with reference to the Defense Ministry's data that the military department annually increased the costs of burial and ritual services. Thus, the agency allocated annually about RUB 5 billion for compensation of funeral expenses from 2013 to 2015. In 2016, the amount of funeral expenses increased to RUB 5.9 billion, whereas it was planned to spend up to RUB 6.3 billion for that purpose in 2017.