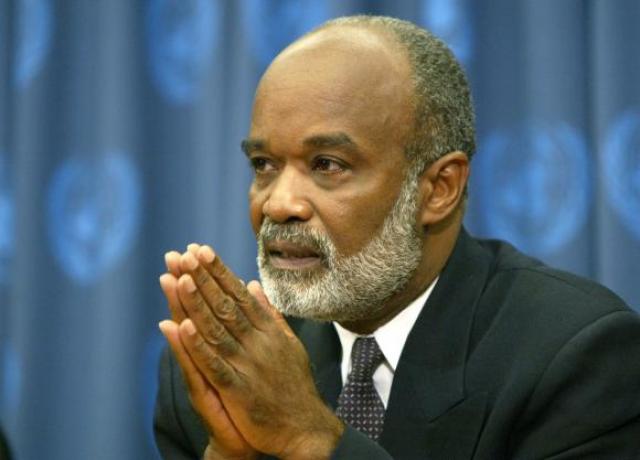 Preval, a soft-spoken agronomist, won support from Haiti's poor majority when he first won the presidency in 1996, after a bout of instability that saw his ally, former President Jean-Bertrand Aristide, toppled in a coup, then brought back to power with the help of U.S. troops.

In both of his two terms, Preval succeeded the charismatic Aristide, who was twice ousted in rebellions. The two later grew apart as a long-exiled Aristide felt badly treated by his former pupil.

"Peace to his soul and to our dear Haiti," Aristide said in a brief statement on Friday.

During his first term, Preval managed to build roads and public squares, worked with peasants on land reform, and unlike many of his predecessors, was not accused of massive human rights violations, despotism or theft.

But high-profile improvements to the country’s faltering economy proved to be difficult, even before the debilitating earthquake.

The government came under attack for not properly managing the billions of aid that flowed into the country after the earthquake, although most of it was not channeled directly to the government of Haiti.

Nevertheless, Preval remained a potent political figure in Haiti even after leaving office.

In recent years, Haiti has peacefully transferred power between governments, although the most recent transition was delayed by a year and accompanied by protests.

Preval received visitors Friday morning, his friend Gilbert Coicou told Reuters. A guard later found Preval at home, and he was pronounced dead at a local clinic near his home in the hills above Port-au-Prince.

"He did not tell me that he felt anything was wrong with his health," said his sister Calvin. "It could be a cardiovascular accident but we cannot know for sure what is the cause.