Trump accuses Obama of 'wiretapping' him 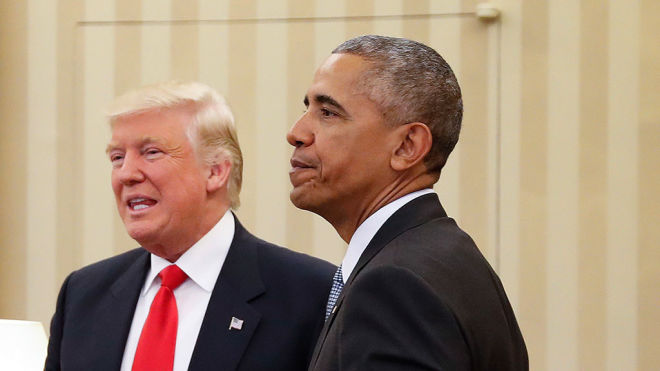 US President Donald Trump has accused his predecessor, Barack Obama, of intercepting his communications at his offices in Trump Tower before the presidential election last year.

Axar.az reports thta, Trump took to Twitter early Saturday morning, claiming he had just found out that Obama had his “wires tapped” in New York City before the November 8 election.

“Is it legal for a sitting President to be 'wire tapping' a race for president prior to an election? Turned down by court earlier. A NEW LOW!”

Trump did not provide any information to back up his claim, but went on to say, “I'd bet a good lawyer could make a great case out of the fact that President Obama was tapping my phones in October, just prior to Election!”

The president has also linked his predecessor to a major scandal, which has engulfed his administration regarding alleged contacts with Russian officials.