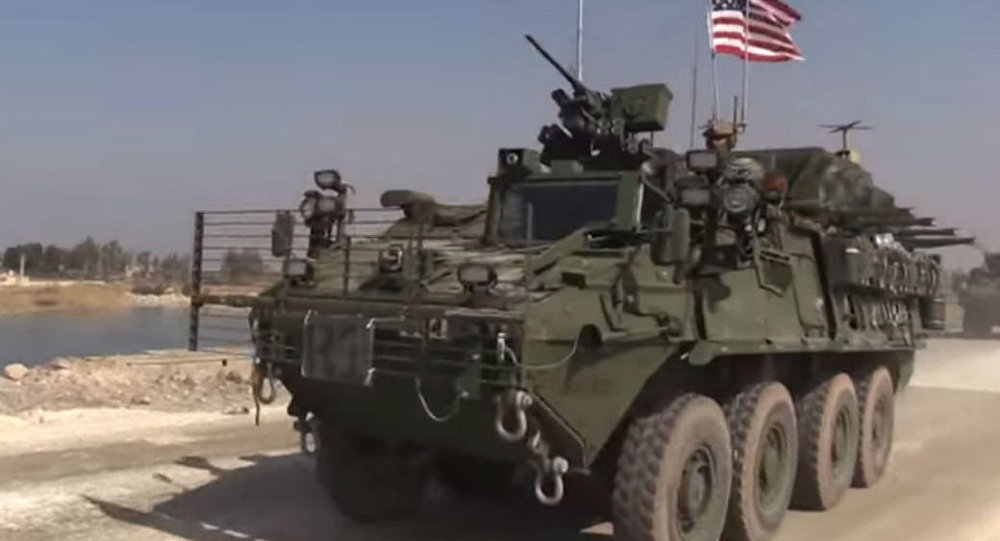 Axar.az reports that, the move constituted a “deliberate action” by US forces, a spokesman said, directed at defeating threats posed by Daesh. The video was filmed at a time when armed factions began centralizing forces toward Manbij, and the US forces intended to mitigate potential violent conflicts, DoDBuzz reports. According to the US regional command, approximately 500 special forces operatives were mobilized for Manbij.

Manjib is located 70 miles to the southeast of Raqqa, Syria, where terrorists have occupied the city. Last month, Army Gen. Joseph Votel of the US Central Command said the service was considering placing artillery assets and heavy equipment into Syria to help local forces take on Daesh in Raqqa.

US Air Force Col. John Dorian, spokesman for Operation Inherent Resolve, said that Washington has "taken deliberate action to reassure coalition members and partner forces, deter aggression and keep [the] focus on defeating ISIS." Last week the Pentagon said that the US had agreed with Syrian President Bashar al-Assad to allow a "humanitarian convoy," escorted by Syrian armored vehicles, into Manjib. "We have noticed and observed and are aware of the fact that these humanitarian convoys sponsored by the regime and Russia have been moving into Manjib and that they have some armored equipment with them," US Navy Capt. Jeff Davis, a Pentagon spokesman, said last Friday.