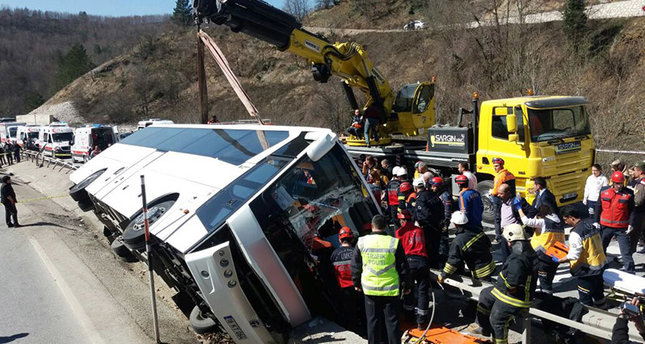 At least seven people were killed and 30 others were injured when a bus carrying union workers on their way to attend International Women's Day activities in capital Ankara got out of the road on Tuesday in northwestern At least 7 killed, 30 injured in bus accident in Turkey's northern Bursa province.

One of the buses got out of the way on Ankara – Bursa highway in the section between Bursa's Inegöl and Bilecik's Bozüyük districts.

Initial reports suggested that five people were killed in the accident, and the death toll later increased to seven. Injured people were transferred to nearby hospitals.