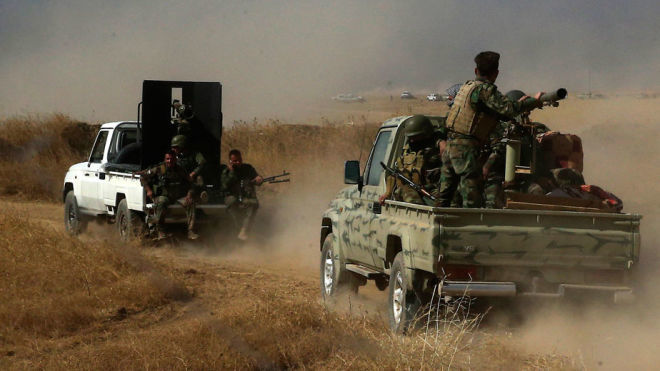 Iraqi forces say they have retaken the main government offices in Mosul as the offensive continues to oust the so-called Islamic State (IS) group.

Axar.az reports that the advance could pave the way for an attack on the heavily-populated old city, where the militants are still entrenched.

Thousands of civilians are streaming out of the city every day. Mosul is the last stronghold for IS in Iraq. The east of the city was recaptured in January. Civilians said it was the heaviest night of bombardment since the operation to retake the city's west began on 19 February. The Iraqi forces launched a surprise attack overnight to storm the government buildings.