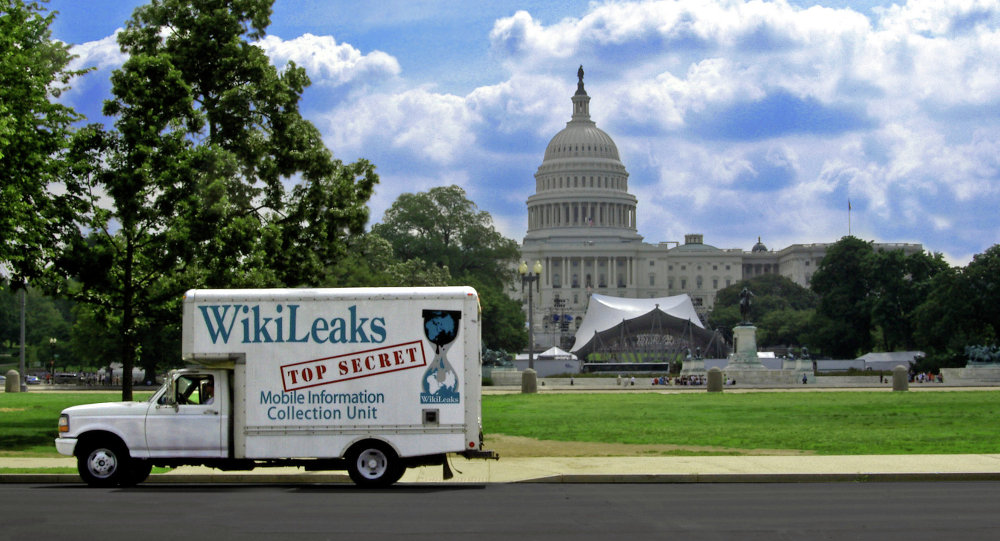 A federal criminal investigation is being opened into WikiLeaks' publication of documents detailing alleged CIA hacking operations, according to local media.

Axar.az reports that, the Federal Bureau of Investigation (FBI) and the Central Intelligence Agency (CIA) are both conducting inquiries into who leaked documents about alleged US intelligence hacking operations to WikiLeaks, according to US news reports on Wednesday.

"A federal criminal investigation is being opened into WikiLeaks' publication of documents detailing alleged CIA hacking operations," CNN said, identifying "several US officials" as its sources.

"The officials said the FBI and CIA are coordinating reviews of the matter," the news network added.

The FBI and the CIA are investigating how the documents came into WikiLeaks' hands and whether they might have been leaked to Julian Assange’s organization an employee or contractor of US intelligence, the report continued.
The documents published so far are largely genuine, the US officials told CNN. US officials are concerned that if WikiLeaks publishes vital computer code details, hackers could cause chaos around the world with the information, the report said.