Schwarzenegger wants to become a senator 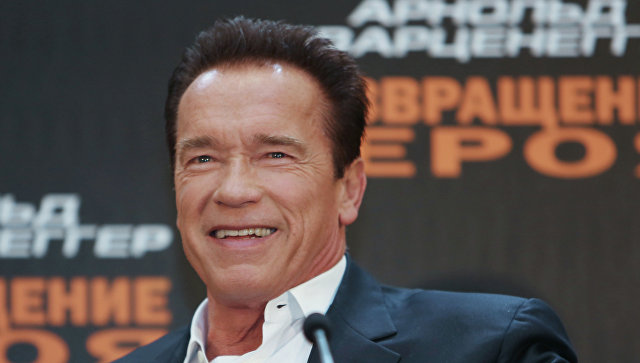 Former California governor and "Apprentice" host Arnold Schwarzenegger is reportedly considering running for Senate in 2018 as a third-party candidate.

"Right now Gov. Schwarzenegger’s focus is on using his platform to bring some sensibility and coherency to Washington by fighting for redistricting reform, like we did in California," Ketchell said. "We are keeping all of our options open as far as how we can accomplish that."

According to the report, California political insiders are buzzing over a possible Schwarzenegger Senate run and say it's a real possibility.

“In politics after Donald Trump, nothing is crazy any longer. We’re in the third dimension here,’’ he said. “Arnold Schwarzenegger, who actually has more political experience than Trump, would certainly seem to fit a mold to what some of the electorate would find attractive."

In 2018, California Democratic Sen. Dianne Feinstein will be 85 and up for reelection.

As a senator, Schwarzenegger could take his feud with President Trump to the Capitol. The two have hit back and forth at each other over policy, as well as "Celebrity Apprentice," on which Trump was still credited as executive producer while Schwarzenegger hosted the latest season.

Most recently, the two fired back at one another over Twitter after Schwarzenegger said he was quitting the show.

“Arnold Schwarzenegger isn't voluntarily leaving the Apprentice, he was fired by his bad (pathetic) ratings, not by me. Sad end to great show,” Trump tweeted.

Schwarzenegger responded:"You should think about hiring a new joke writer and a fact checker."