At least 5 killed in helicopter accident 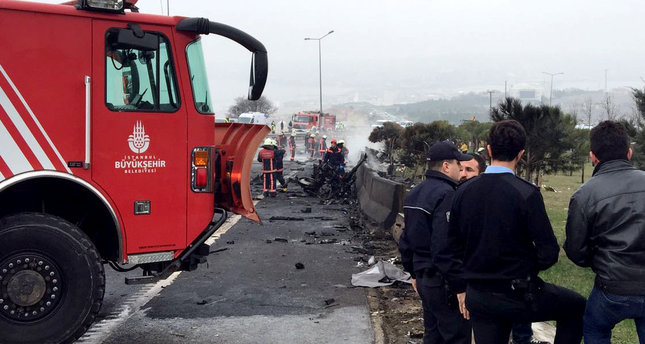 At least five people were killed after a fire-fighting helicopter has crashed on Friday in Istanbul's Büyükçekmece district, located in the European side of the metropolis, a local mayor said.

Rescue teams, including fire squads have been dispatched to the accident site.

A total of seven people are believed to be in the crashed helicopter, including two pilots and four foreigners, which is reported to be Sikorsky S-76 model.

Pilot in command Alaaddin Nacar is reported among the victims in the crashed helicopter which belonged to the Turkish industrial group Eczacıbaşı Holding.