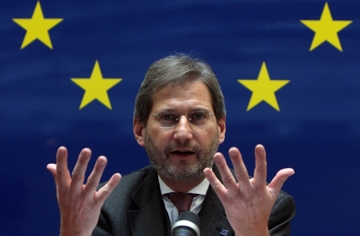 According to the European Commissioner for Neighborhood Policy and Enlargement, Johannes Khan, the European Union has started to cut financing the programs of the European-Turkish cooperation, for which there is no noticeable progress.

Axar.az reports that "We have already suspended certain programs, for example, in the part of building a rule-of-law state," DPA quotes Khan as saying. The European Commissioner recalled that the EU has so far paid only 167.3 million euros to Turkey from the planned 4.45 billion euros until 2020.