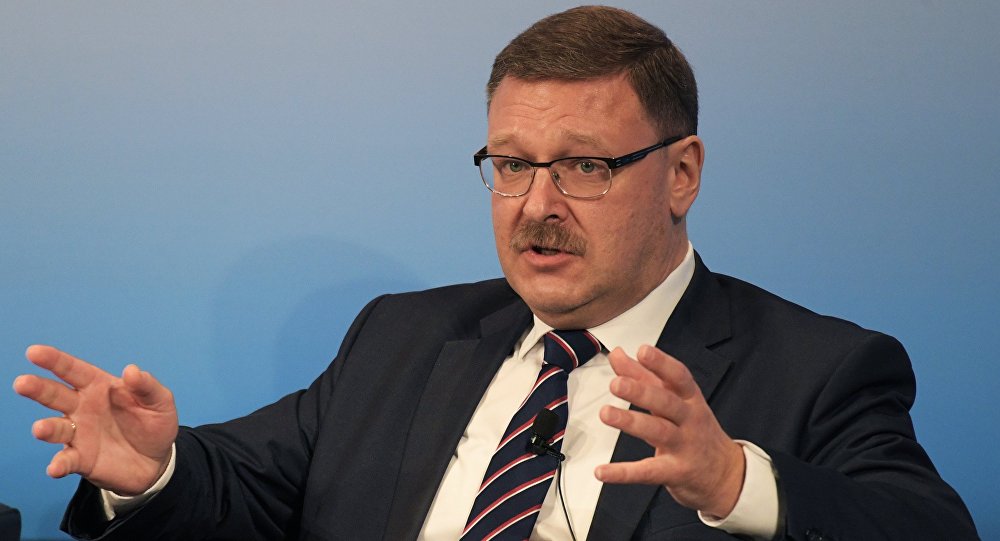 Russian lawmakers would welcome the company of German counterparts on trips to Syria and Crimea if this helped strengthen cooperation, the head of the Russian parliamentary committee on international affairs said Wednesday.

Axar.az reports speaking at an event in Moscow, organized by the Rossiya Segodnya International Information Agency, Kosachev pointed to last December's visit by Russian parliamentarians and European Parliament lawmakers to Syria, although he stressed such trips must be authorized by local authorities.

"We are ready for joint trips to Syria, Crimea, southeastern Ukraine, wherever you want, as long as we start working together," Konstantin Kosachev told a visiting delegation of German lawmakers from the lower-house Bundestag.

Gunther Krichbaum, the chairman of Bundestag’s EU affairs committee, told Sputnik he doubted such an arrangement could be made any time soon, but stressed the union had to continue dialogue with Russia, which he said had leverage over militants in Ukraine’s east.