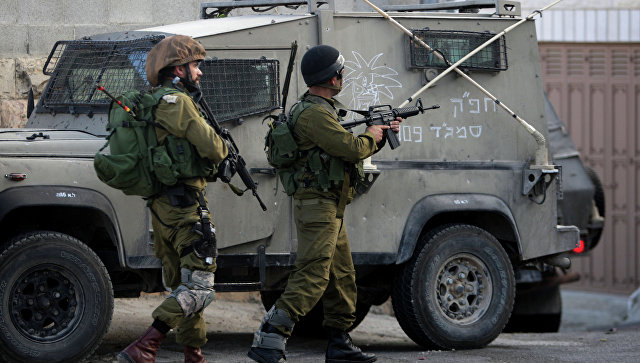 Israeli Security Agency (Shin Bet) in cooperation with the country's Defense Forces and police arrested in January members of two Palestinian terrorist cells, which had planned terrorist attacks in a village near Jerusalem and a nearby highway, Shin Bet said Wednesday.

Axar.az reports according to Shin Bet, the arrested terrorists were members of the al-Aksa Martyrs Brigade, the Fatah military wing. During the operation, Hamas militants from the Al-Aroub refugee in Hebron region were arrested.

"As part of the efforts to prevent local terrorist cells from staging attacks Shin Bet in cooperation with the IDF and the Israeli police arrested in January 2017 two terrorist squads, which had planned to carry out attacks in al-Ram village near Jerusalem and near the Highway 60 adjacent to al-Aroub," the statement said.
The detainees are suspected of throwing a pipe bomb at security forces on October 16, 2016 injuring two and involvement in other attacks against the Israeli security forces.

Israeli security forces have increased their efforts to detain Hamas members and other Palestinians in the wake of recent terrorist attacks in the country and uncover sites of sale and production of illegal weapons, which is used to attack Israeli nationals.