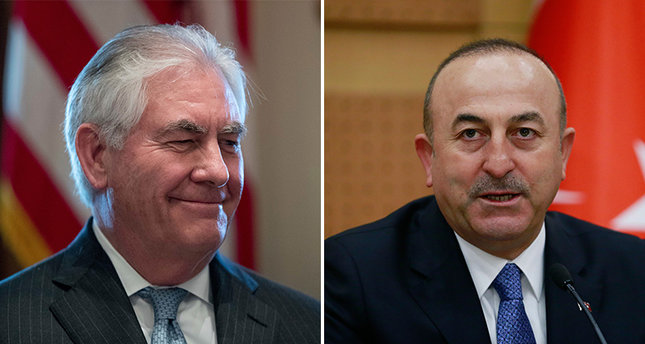 The conversation included the fight against terrorism, with anti-IS being the top priority, in addition to other regional issues.

Chavushoglu previously announced that Tillerson will pay a visit to Turkey on March 30.

Following visits to Japan and South Korea, Tillerson is currently in China leg of his Asia tour.