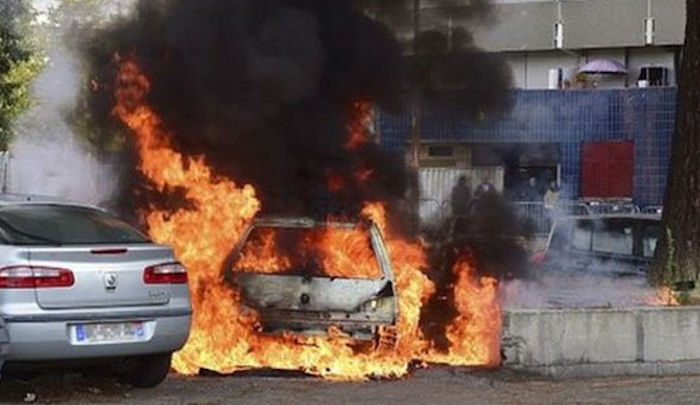 And it’s only going to get worse. The 40% just don’t fully realize what is happening yet. The jihad is upon France, and its restive Muslim population that is already turning parts of Paris into a war zone isn’t going to calm down and become a productive and loyal sector of French society.

Axar.az reports that, the unrest that already has 60% of the French people feeling unsafe has only just begun.

Fearing terror attacks, the majority of people in France are pessimistic about the nation’s security situation, with six in 10 saying they no longer feel safe anywhere according to an IFOP-FIDUCIAL poll.

The survey found that 93 per cent of French believe the threat of more terror attacks is high, and 71 per cent feel the security situation in France has got worse over the last five years.

More broadly, 59 per cent of those polled said they did not feel safe anywhere, with almost one in four (24 per cent) opting to “strongly agree” with the statement.

Reflecting the insecurity respondents said they felt, 69 per cent think the police and gendarmerie are understaffed, and the survey found the French overwhelmingly have a positive view of law enforcement.

The vast majority of respondents (88 per cent) believe France should deport foreigners sentenced to prison for serious offences, and 84 per cent want the country to create more prison places.

A slight majority (55 per cent) would like to see France exit the European Union’s open borders Schengen zone.

With security a major issue in this year’s presidential elections, the survey found Marine Le Pen was judged the candidate with the best policies in both keeping property and people safe (32 per cent) and in the fight against terror (35 per cent).

Some way behind the Front National candidate were Emmanuel Macron (21 per cent citing security of goods and people, 19 per cent fighting terrorism) and Francois Fillon (19 per cent backed the centre-right candidate’s policy solutions in the two areas).

A national state of emergency has been in force in France since Paris suffered one of the worst terror attacks in recent European history in November 2015, when 130 were killed in a series of bombings and shootings across the city.

And in June the following year, a Tunisian migrant deliberately drove a 19-tonne cargo truck into crowds celebrating Bastille Day on the Promenade des Anglais in Nice, in an attack which resulted in the deaths of 86 people.