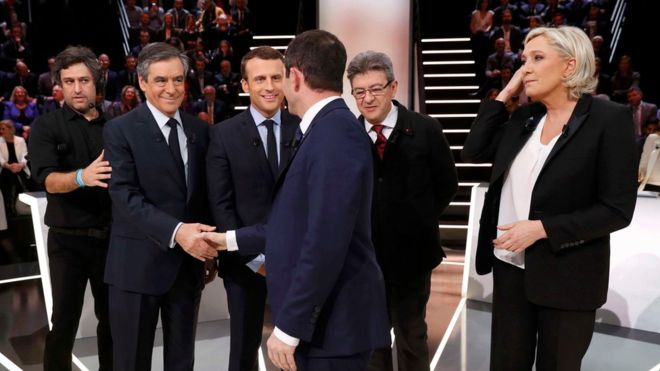 The two leading candidates in the French election have traded barbs in an occasionally fiery TV debate.

Ms Le Pen said France should oppose multiculturalism, but was accused by Mr Macron of making enemies of Muslims in the country.

Recent polls suggest Ms Le Pen will get the most votes in the first round.

But they also indicate that Mr Macron or scandal-hit centre-right candidate Francois Fillon would defeat her in a second round run off.