Turkish Airlines confirms US ban on laptops and tablets 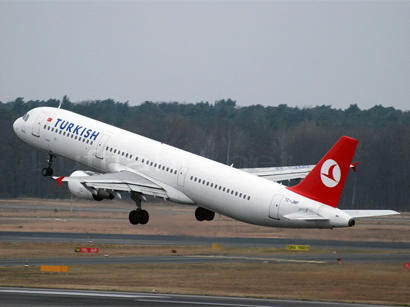 Turkish Airlines on Tuesday said it was one of the airlines subject to a U.S. ban on passengers carrying electronics larger than cell phones aboard flights bound for the United States.

"Due to the most recent declaration that we've received from the concerned authorities ... any electronic or electrical devices larger than a cellphone or smartphone (except medical devices) must not be transported on board in our flights arriving to the U.S. destinations," the emailed statement said.

U.S. officials told Reuters on Monday that passengers on some U.S.-bound foreign airline flights will have to check electronic devices larger than a cell phone once U.S. authorities formalize a new ban in response to an unspecified terrorism threat. The new rule is expected to be announced Tuesday by the Department of Homeland Security, the officials said.

Senior Trump administration officials said that starting Tuesday morning airlines flying directly to the United States from 10 airports in eight countries could allow only cellphones and smartphones in carry-on bags for U.S.-bound flights. Other electronics, including laptops and tablets, will be indefinitely banned from the passenger cabin.