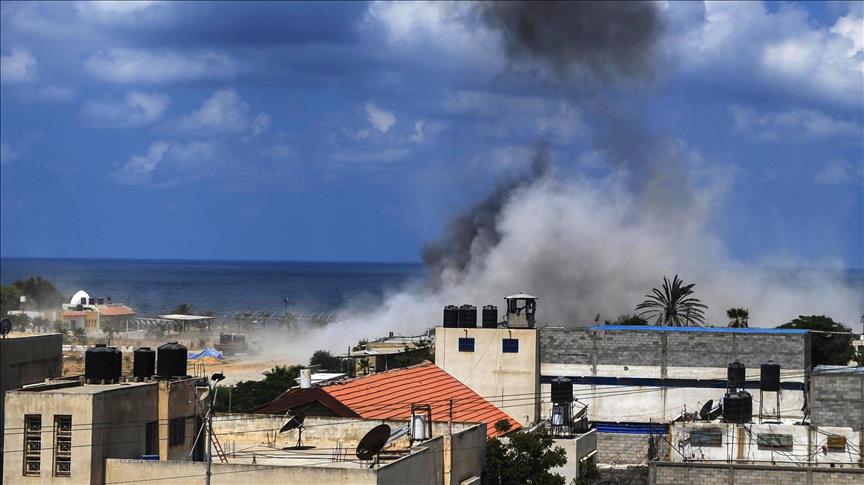 A Palestinian teenager was killed and two others were injured early Wednesday by an Israeli shelling in the southern Gaza Strip, according to Gaza’s health ministry.

Two other people were injured in Israeli shelling in Rafah south of the Gaza Strip, he added.

Local witnesses reported tank shelling and heavy shooting in the eastern border of the Gaza Strip.

In mid-2014, Israel waged a devastating 51-day military onslaught on the Gaza Strip in which more than 2,300 Palestinians were killed and tens of thousands injured.

According to Israeli figures, 68 Israeli soldiers and five Israeli civilians were killed in the conflict, while another 2,522 Israelis -- including 740 soldiers -- were injured.