Man held for 'driving at crowd' in Antwerp 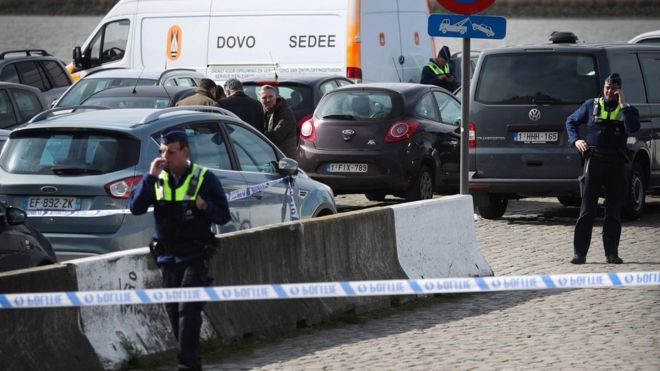 A French national of North African origin has been arrested in the Belgian city of Antwerp on suspicion of driving at a crowd, officials say.

Axar.az reports that a car was driven "at high speed" on De Meir, the northern city's main shopping street, before it was intercepted. There were no reports of any injuries.

Knives, a non-lethal gun and some unidentifiable liquid were found in the car, prosecutors say.

The attack comes a day after a car was driven at high speed along London's Westminster Bridge, hitting many people, before the driver got out and entered the grounds of Parliament. He was killed after fatally stabbing a police officer there. Two other people died and 40 were injured in the attack.

It was also the day Belgium marked the first anniversary of the twin bomb attacks in Brussels, that killed 32 people.

"The vehicle was driving at high speed on De Meir," he said. "Our army colleagues spotted it and tried to bring the vehicle to a halt.

"But the driver broke free and drove through the red light towards the port quays."

Police were contacted, he said, and immediately sent a rapid response team, intercepting the vehicle and driver.

"The suspect, a man of North African origin, was immediately arrested," he said.

The federal prosecutor's office, which has taken over the investigation, named the suspect as "Mohamed R", a 39-year-old French national and resident of France.

"Different arms were found in the boot - bladed weapons, a riot gun and a container of liquid that is still unidentifiable," the prosecutor's statement also said.

An army bomb disposal unit was sent to the scene to inspect the vehicle.