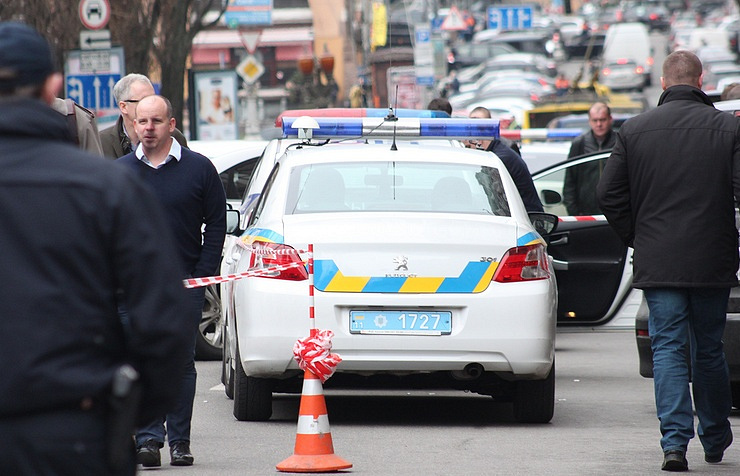 The Ukrainian Prosecutor General’s Office confirmed on Thursday that the killer of former Russian State Duma member Denis Voronenkov had died of wounds in a hospital.

Axar.az reports that "The killer of former State Duma deputy Denis Voronenkov died in a hospital," spokeswoman for the Prosecutor General Larisa Sargan wrote on her Twitter page.

The killer’s death was earlier reported by some Ukrainian outlets. Specifically, Public Television said "the doctors conducted four surgeries" on the killer and "made an open heart massage and managed to start it but this already didn’t help due to its long stoppage."

According to the police, Voronenkov was killed by a man born in 1988 who had a Ukrainian passport. The killer was known to the Dnepr police for committing crimes stipulated by articles 205 and 209 of the Ukrainian Criminal Code (fictitious entrepreneurship and legalization of criminally-obtained incomes).
Voronenkov, a former State Duma deputy who emigrated to Ukraine in October 2016, was killed in a shootout near the entrance to the Premier Palace hotel in Kiev on Thursday.

As Kiev police chief Andrei Krishchenko said, the incident occurred at about 13:00 Moscow time (10:00 GMT), when the ex-parliamentarian was walking out of the hotel together with his security guard. At this moment, an unidentified man wearing a balaclava came up to Voronenkov and fired several shots at him from a TT pistol.
After that, the killer and Voronenkov’s guard exchanged fire, after which both were wounded and taken to hospital.