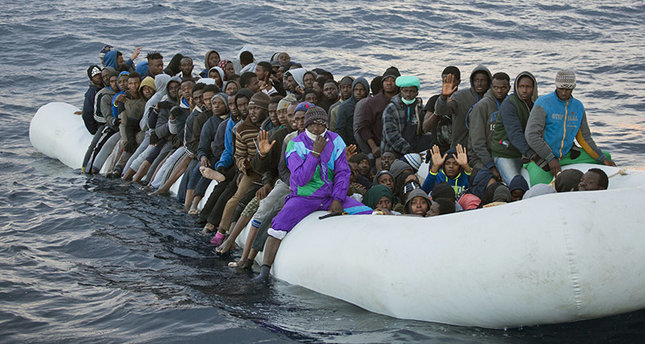 More than 200 migrants are feared dead in a boat sinking off the coast of Libya, a Spanish aid organisation says.

Axar.az reports that Proactiva Open Arms said it had recovered five bodies floating near two capsized boats, which can each hold more than 100 people.

The group's Laura Lanuza said the five they pulled from the Mediterranean were young men who appeared to have drowned.

A spokesman for Italy's coast guard, which co-ordinates rescues, confirmed the five deaths.
But he told the BBC that they could not confirm the estimates of deaths given by Proactiva, and said they had received no distress calls from any boats.

Ms Lanuza said at least 240 migrants may have died as the boats were often overloaded by smugglers.

"We brought on board five corpses recovered from the sea, but no lives," the group wrote on its Facebook page.
"It is a harsh reality check of the suffering here that is invisible in Europe."