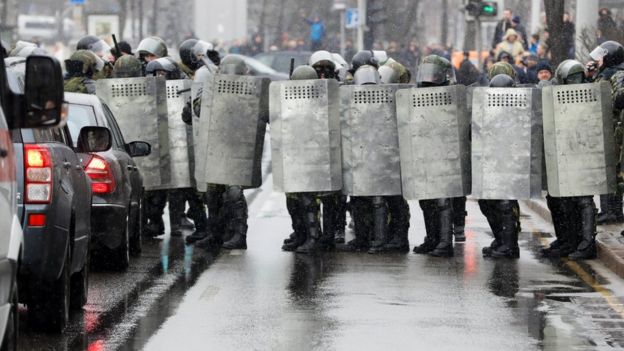 Police in Belarus have arrested hundreds of people during protests against a so-called "social parasites" tax on the under-employed.

Axar.az reports that thousands defied a ban to protest, taking to the streets of Minsk and other cities. Demonstrators shouted "Fascists!" at riot police.

There have been weeks of sporadic protests against a $230 (£185) levy on those unemployed for six months. President Alexander Lukashenko insists the tax will not be scrapped.

He says it instils discipline in the workshy, though he has suspended it for this year. Opponents say it punishes those who cannot find a job.